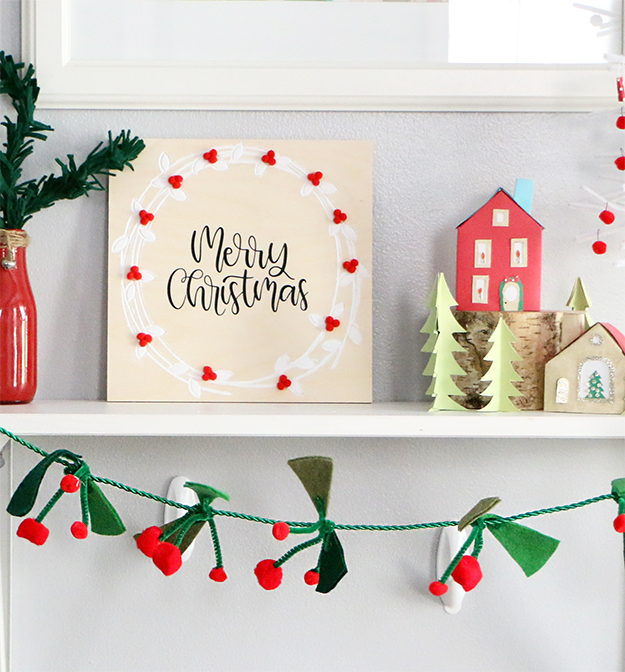 Shortly after Thanksgiving I was doing my annual Christmas trip to Crate & Barrel walking around looking at all of the pretty holiday things.  I love Crate & Barrel any time of the year, but around the holidays is my absolute favorite time! During my casual stroll through the store, I came to the garlands section.  Ugh, everything was so incredibly cute!

What really caught my eye was this really cute felt holly garland.  Now it wasn’t crazy expensive or anything but the materials to make it were so basic that I knew I could recreate it myself for a fraction of the cost. So, I headed to Joann’s and picked up some felt sheets, pipe cleaners, and pom-poms to make my very own version of the Crate & Barrel felt Garland. 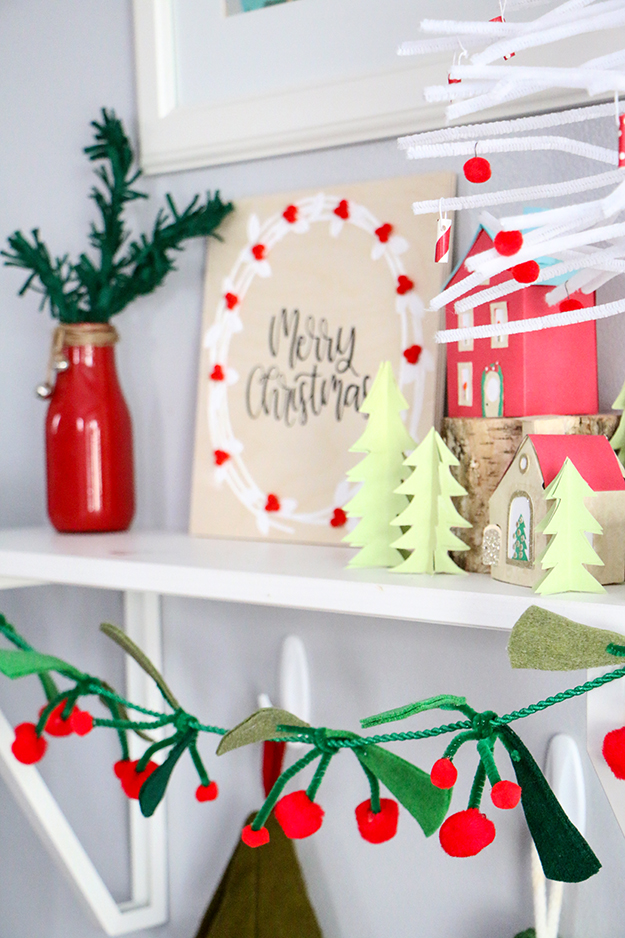 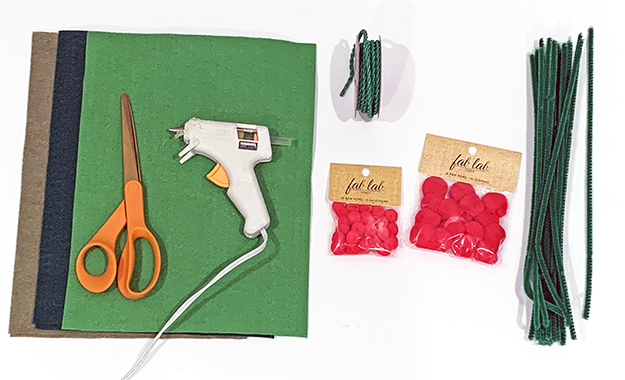 1. To create my garland I cut my pipe cleaners into fourths.  I cut them in half and then each half I cut in half.

2. Then I cut various sizes of leaves in different colors of green felt.

3. Once I had all my leaves cut, I added a little bit of hot glue to the end of a pipe cleaner and glued it towards the bottom of my leaf. I repeated this on the other side of the pipe cleaner.   So, one pipe cleaner had a leaf on each end.

4. Next, I cut a long piece of twine that was the length of my shelf.  I took a pipe cleaner and wrapped it around the twine to secure it. I repeated this step with my other leaves, leaving space between each pipe cleaner. 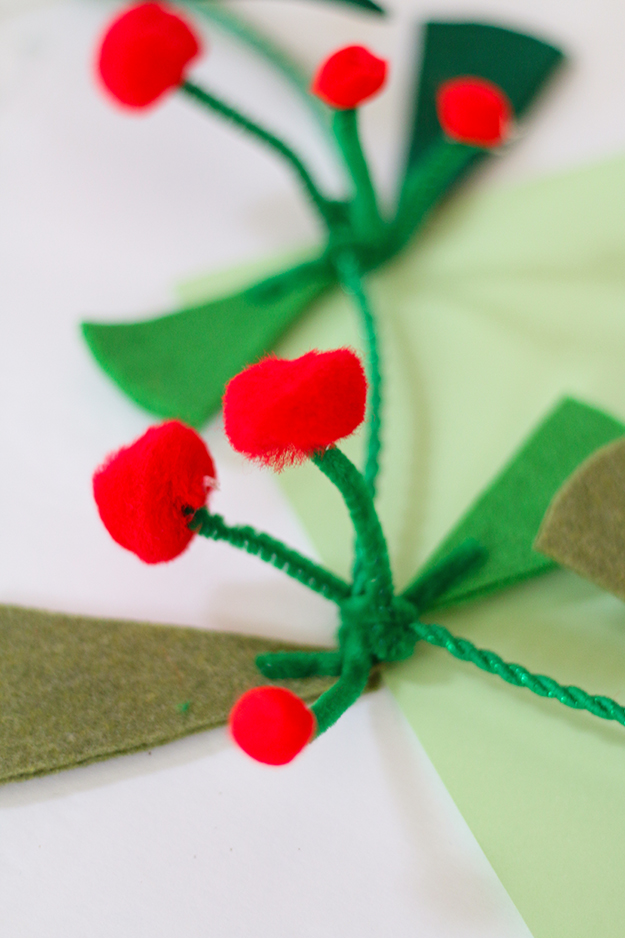 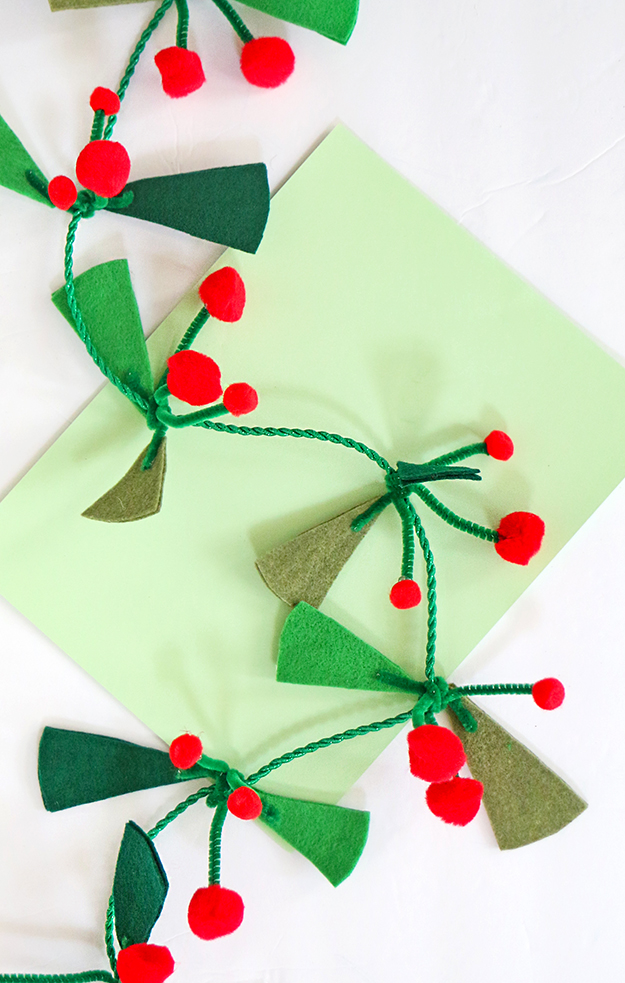 This project was pretty quick to make and assemble.  When everything was said and done I spent around $7 to create garland for both of my shelves in my living room. Not too bad if you ask me! 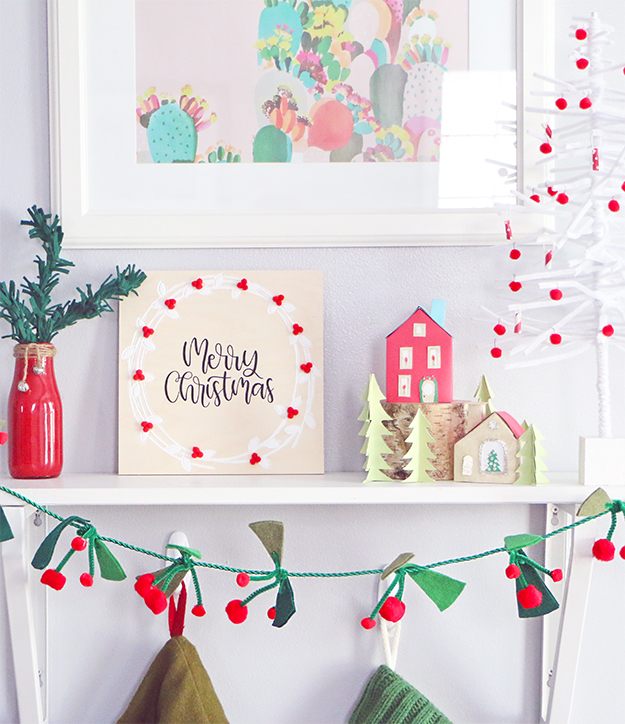 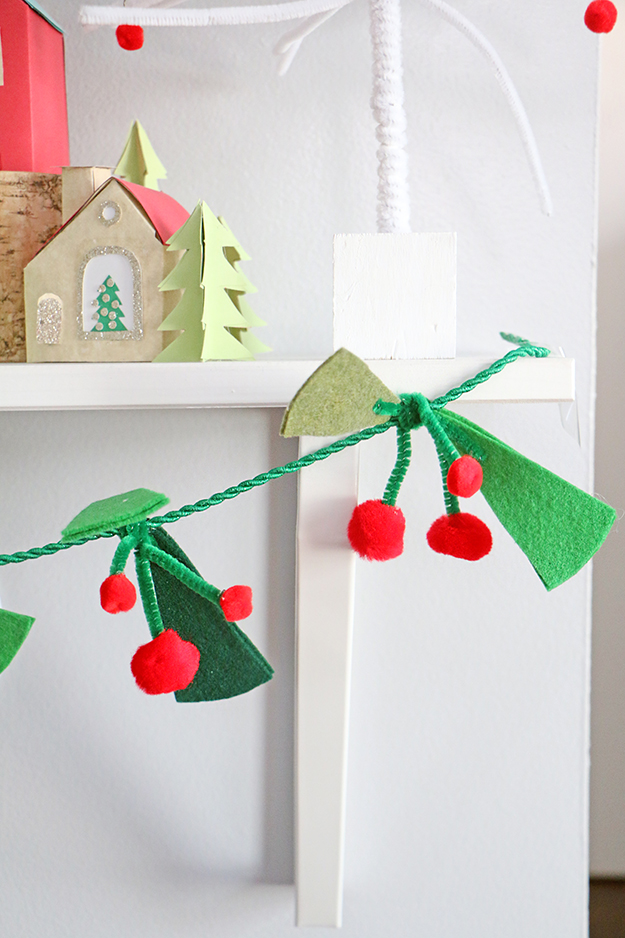 Below is the inspiration version from Crate & Barrel.  I think my version looks pretty close to the original!

This site uses Akismet to reduce spam. Learn how your comment data is processed.